King of Toro, Oyo Nyimba Kabamba Iguru Rukidi IV surprised his subjects on social when he posted a photo of a young, good looking girl whose name we are yet to identify.

A few days ago, the King of Toro, Oyo Nyimba Kabamba Iguru Rukidi IV surprised his subjects on social when he posted a photo of a young, good looking girl whose name we are yet to identify.

He captioned it with a lovely message that suggested the king had finally come out to express his love and talk about the love of his life. The Picture did rounds in sprint second on social media. 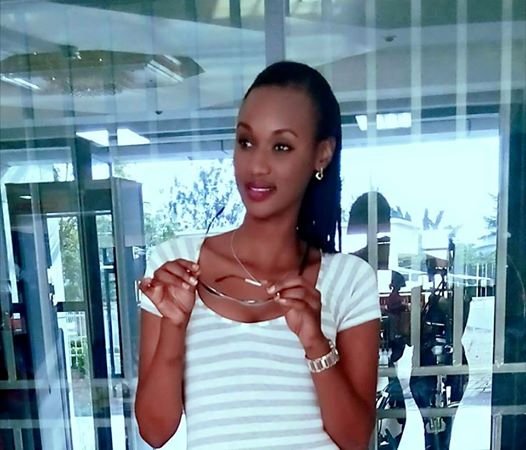 “On this very special day, I wish you all the very best, all the joy you can ever have and may you be blessed abundantly today, tomorrow and the days to come. May you have a fantastic birthday and many more to come? HAPPY BIRTHDAY my friend.” he captioned the photo.

Immediately Toro Kingdom fans started commenting and expressing their love for their King and his new woman.

When we contacted the press secretary of Toro Kingdom to verify the information that was put on social media, he rubbished the picture and the birthday message before he claimed that the King’s social media accounts had been hacked into.

“Yes I too, I read but when I consulted the people who handle his social pages, I was informed his account had been hacked into", he said

It is should noted that Oyo has never come out to unveil his official girlfriend to his subjects though he has been linked to many babes including singer Grace Nakimera.

We will keep you posted

Gals Betting: Get 10% Refund on All your Losses Click Here

Stay away from marriage  - Eddy Kenzo to youth

In a new interview, Nalweyiso has advised Sipapa to find a job if he survives the scandal he is embroiled in.
Story by Howwe
\ 1663705071

You are the sweetest man alive - Zari to boyfriend Shakib

In a video that is making rounds on social media, Zari is seen showering Shakib with all kinds of praises.
Story by Howwe
\ 1663656026

He revealed the good news to his followers through a tweet on Monday evening.
Story by Howwe
\ 1663655461

This comes just months after singer Weasel Manizo was on the spot for the same reasons.
Story by Howwe
\ 1663619135

Kasingye No Show as Police Retires 38 top Officers from Force

The AIGPs include retired Director of Police Operations, Edward Osiru Ochom, Asan Kasingye former Director of the Chief Political Commissariat, and Andrew Sorowen who retired as Director of Welfare and Production.
By Businge Brian Franco \ 1663952309

On Friday, the presiding Grade One Magistrate Asuman Muhumuza directed Muleya to prepare his defense for a hearing for declining orders to record a statement on the charges against him.
By Businge Brian Franco \ 1663951064

I am expecting to get over five billion from royalties  - Washington

We don’t have money for UMA elections - Gender Minister

Stay away from marriage  - Eddy Kenzo to youth